Turbo Tim Clark: Catch Me If You Can! Turbo Tim Clark:  Catch Me If You Can!

I had the great pleasure of meeting Turbo Timmy last year in Arkansas at the final race of the season. He absolutely stole my heart last September. I have since followed Tim’s story via his mom, @Kathleen Jane Clark and Dad, F/X-S racer @Gerry Clark. Timmy has spastic cerebral palsy, high functioning autism and severe failure to thrive. He is 11 years old but is the size of an average 6-year-old. Neither lack of size nor handicaps stops Timmy from doing exactly what his heart desires: Lawn Mower Racing! 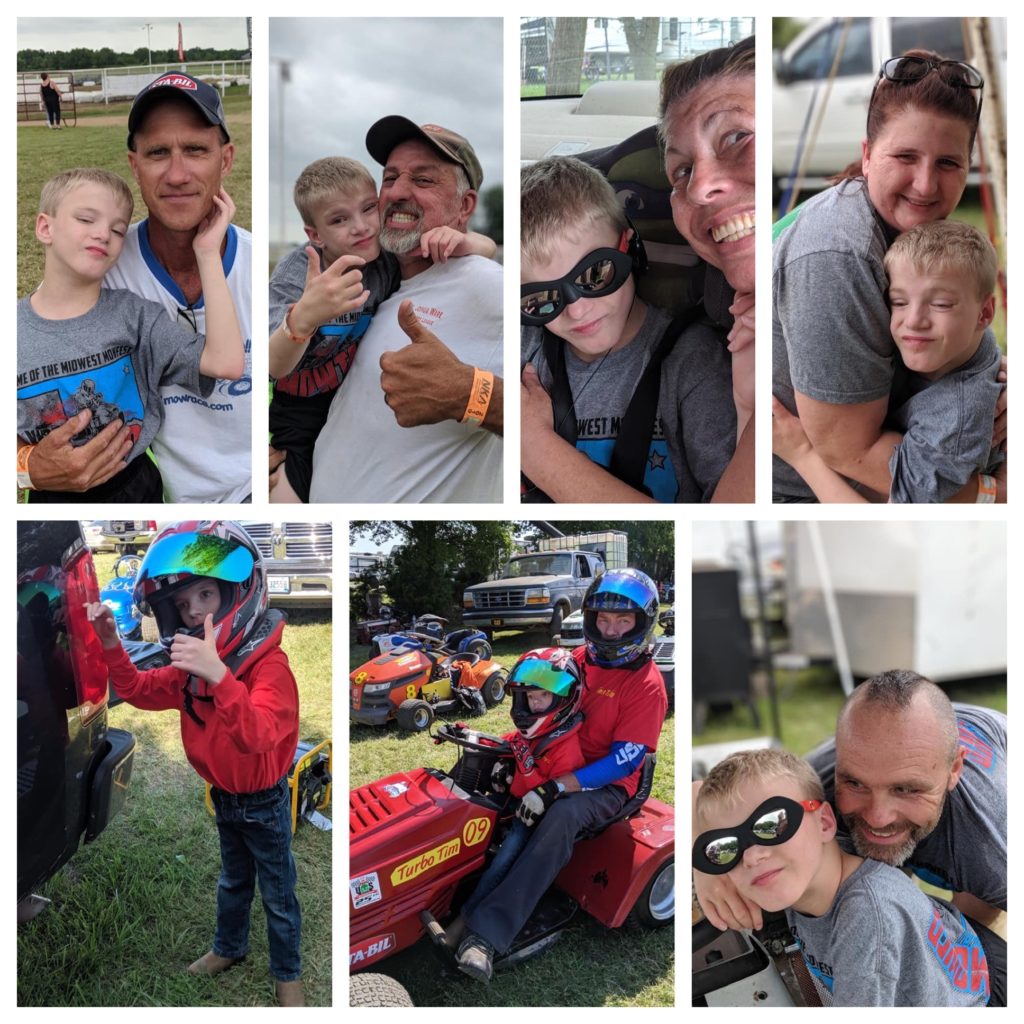 His dad Gerry has worked for almost a year modifying a racing lawnmower that he and Tim could mow on together. It is finally complete, and Turbo Tim was able to make his grand debut in at the STA-BIL Midwest Mowfest in Claremore, Oklahoma in the summer of 2019.  It was a super special mowment as Tim’s friends rallied around him and watched him drive his new mower to victory lane!

Here are some awesome pictures of Turbo Tim in action. 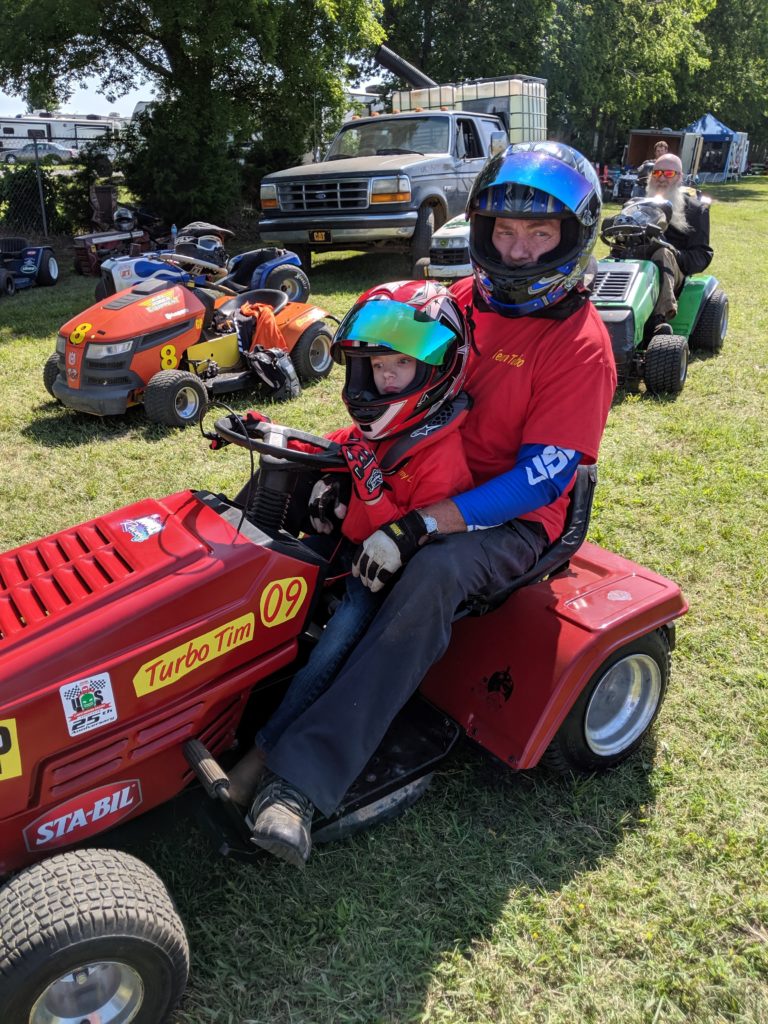 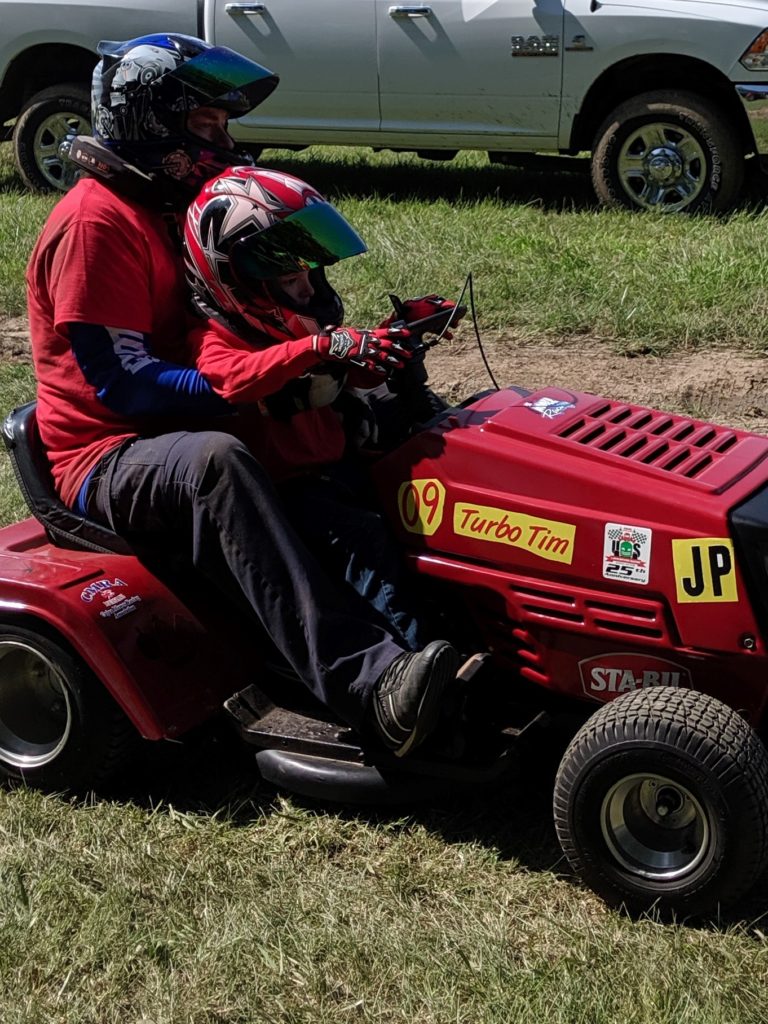 Tim was over the moon excited to finally fulfill his dream! Kathleen, Gerry, Tim, and their family had a huge milestone exactly one week before the big race, Timmy was adopted by the Clark’s and he then asked the judge to become Turbo Tim Clark! It was an amazing mowment, with the grandest of celebrations surrounded by real family and mower racing family! I am honored to know and love Turbo Tim Clark, I cannot wait to share more memories with him! 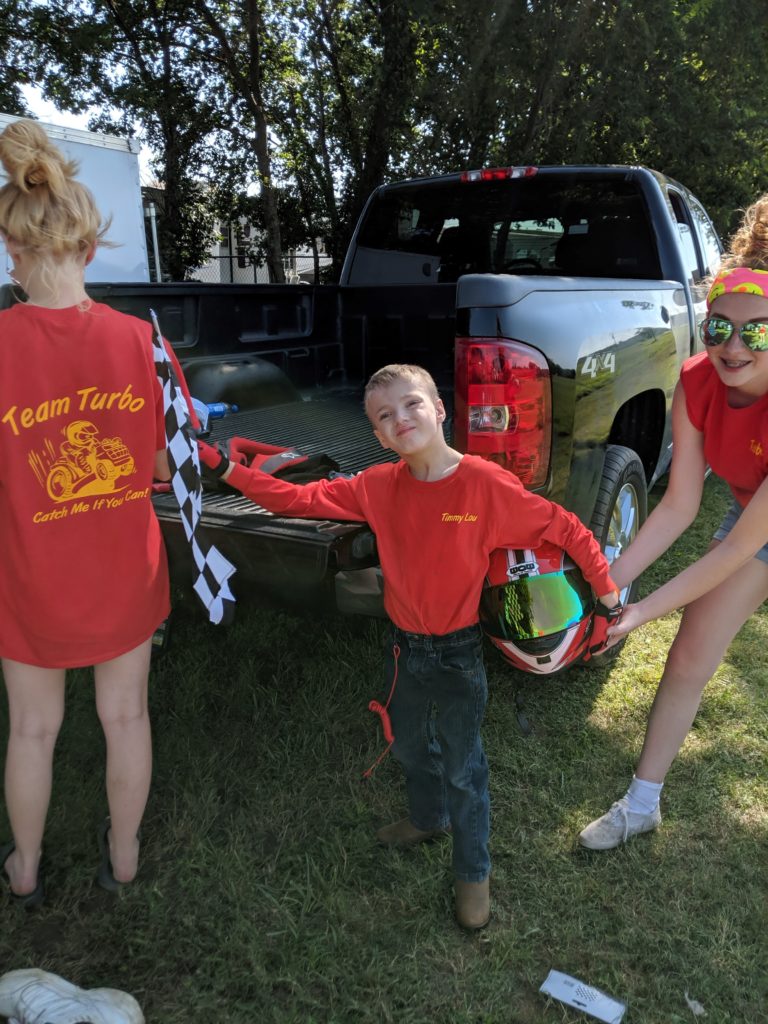 Thank you, Kathleen and Gerry, for allowing us to love Turbo Tim!